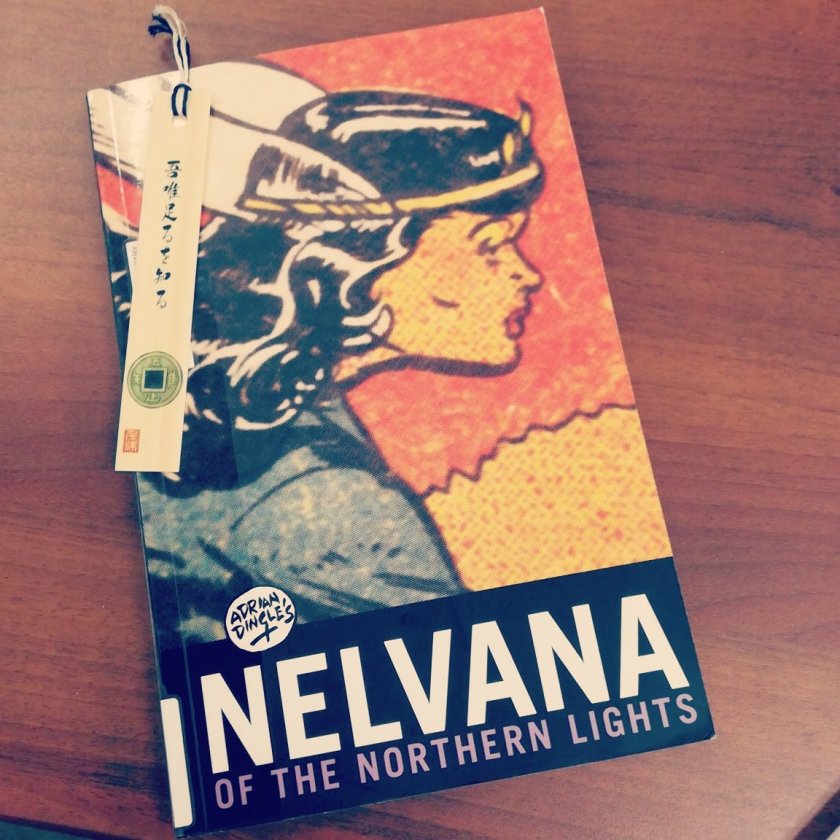 Today I checked out Nelvana of the Northern Lights by Adrian Dingle, edited by Rachel Richey and Hope Nicholson.

I’m glad that this book was made so that the general public have a chance to learn about Nelvana, a part of Canadian comics history and one of the first female superheroes.

The introductions give an interesting look into the process and passion of those who helped get this book into print. I’m greatful that the introductions put into perspective that this series is a product of its times- unfortunately there are some culturally insensitive caricatures within the series. As Benjamin Woo States in the intro, it is ‘tempting to imagine an alternate history where the character could have continued to mature with its readers and the country as a whole… What if we had sixty years of Nelvana comics to look at, instead of the handful of stories that were actually produced?’

Going for a bit of a Velma-inspired thing here 🤓
A muddy series of events
#dogs #cute
With my buttery boy ✨
First time wearing my happy red rainboots ✨❤️
More impressed with Abasand every day 👀✨ #ymm
Loading Comments...
Comment
×
<span>%d</span> bloggers like this: