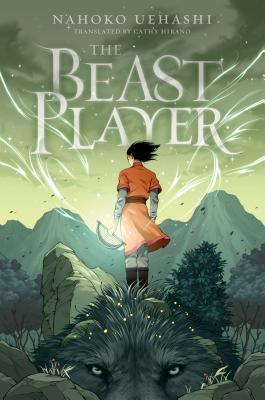 Fantasy fans: you need to read The Beast Player.

I picked up Nahoko Uehashi’s The Beast Player because I am visiting Japan again soon and enjoying reading a bunch of Japanese literature before I go. This book blew me away unexpectedly. I came across it in the Teen room at the library where I work, and it’s an excellent read for young readers and adults alike.

Elin’s family has an important responsibility: caring for the fearsome water serpents that form the core of their kingdom’s army. So when some of the creatures mysteriously die, Elin’s mother is sentenced to death as punishment. With her last breath, she manages to send her daughter to safety.

Alone and far from home, Elin soon discovers that she can communicate with both the terrifying water serpents and the majestic flying beasts that guard her queen. This skill gives her great power, but it also involves her in deadly plots that could cost her life. Can she save herself and prevent her beloved beasts from being used as tools of war? Or is there no escaping the terrible battles to come?

(From the book jacket)

The Beast Player is an epic fantasy, a standalone story, and a philosophical musing on the futility of war. It features an inquisitive protagonist, a badass mom, a kindly father figure, and many more admirable- and not so admirable- characters, as well as some interesting creatures.

The pacing is perfect and just enough detail is given by translator Cathy Hirano to pull you into the world without becoming tedious. Even the most fantastical elements in this story are fleshed out in a thoughtful and believable way, and the actions and reactions of the characters also feel refreshingly realistic.

Elin is a clever, independent, and interesting young woman, and a keen observer of the natural world. Her story doesn’t follow many of the expected tropes one often sees- there’s no predictable romance here, just a tight and interweaving story full of adventure.

2 thoughts on “The Beast Player”