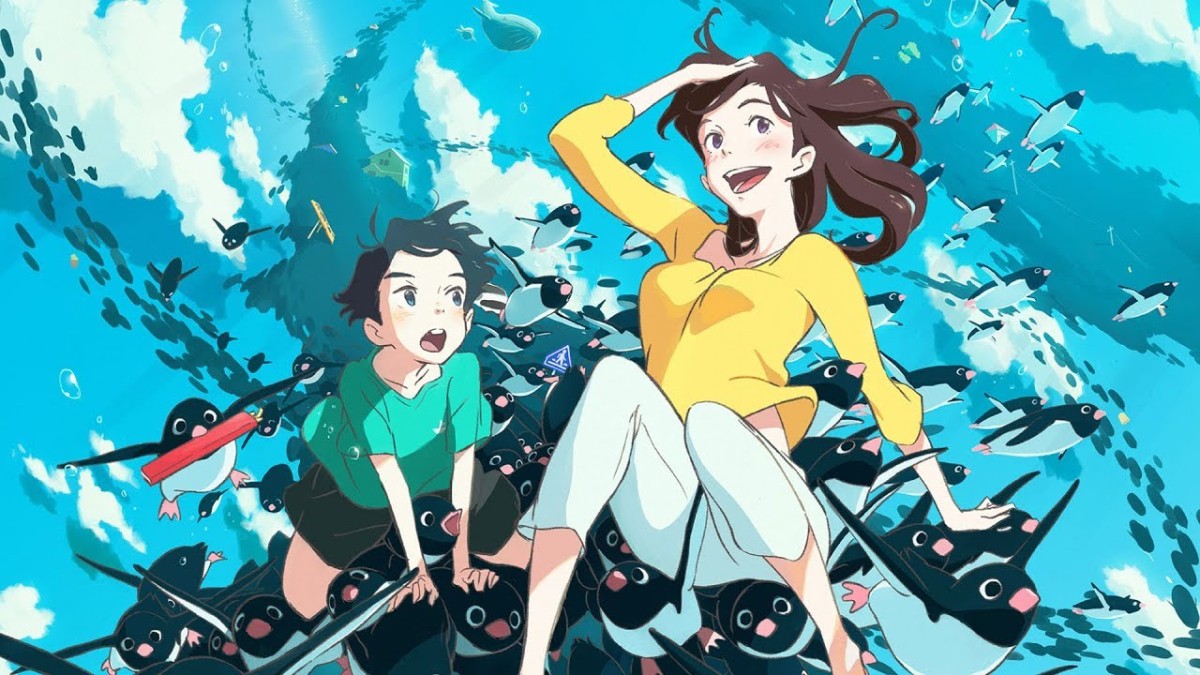 Penguin Highway is the kind of story that pulls you along like a strong and bending current- you have NO idea where it’s going but enjoy every turn and dip of the way nonetheless. This afternoon I settled down with a blanket and a bowl of ice cream to watch the anime adaptation of this Japanese science fiction novel by Tomihiko Morimi (which has also been made into a manga in the past).

The film, directed by Hiroyasu Ishida, centers around the life of a young boy, a 4th grader who will be the first to tell you that he is a bright, smart, scientifically minded kid who will surely have his pick of marriage partners when he grows up! He’s only got eyes for one woman though- a mysterious dental worker who seems to have something to do with the sudden and in-explainable appearance of penguins in the area. 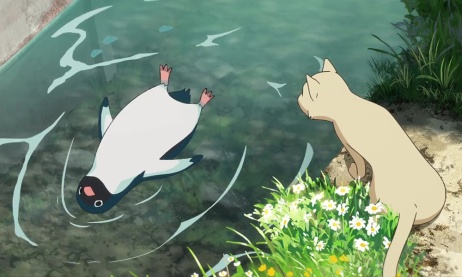 Sound confusing? Yup, like I said, you just need to let the story unfold and enjoy the ride. The strange story involves natural and unnatural phenomena, scientific experiments, adolescent longings, bullies, friends, and lots of penguins.

I especially enjoyed the friendship between the two kids who enjoy using the scientific method, documenting their findings, playing chess, and discussing the theory of relativity.

Some parts were truly mind-bending. It’s not all charts and diagrams though- there are lots of funny and sweet moments throughout this fast-paced family film! The strange phenomena start small and build into a visually and emotionally powerful climax.

While the wibbly-wobbly timey-wimey stuff will no doubt leave many viewers scratching their heads, I found the conclusion to be satisfactory in how it tied things up. I enjoyed this film and highly recommend it.