As a follow up to my previous post about the unfortunate recent repeal of the new sexual education curriculum in Ontario, I’ve put together a list of some suggested titles that teachers, librarians, parents and guardians might want to consider having on hand to help fill the gaps in the old 1998 curriculum (such as consent, personal and online safety, properly naming body parts, respecting differences, sexual orientation, gender identity, and healthy relationships, to name a few).

*Note: I have not read all of these cover to cover- these are resources I’ve found in my library and online. These titles will surely all have different strengths and weaknesses in terms of the diversity, content, detail, and perspectives they provide.

Those are MY Private Parts by Diane Hansen and Charlotte Hansen 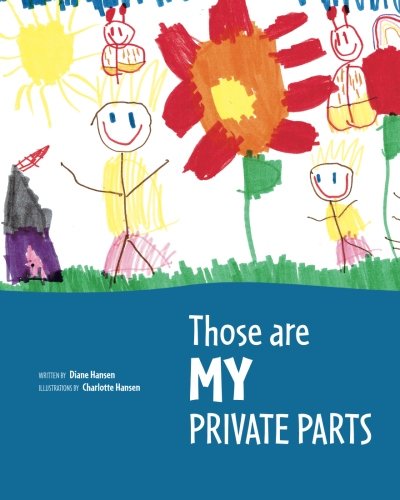 Who Has What? by Robie H. Harris and Nadine Bernard Wescott

Amazing You! Getting smart about your private parts by Dr. Gail Saltz and Lynne Cravath

Changing You! by Dr. Gail Saltz and Lynne Avril Cravath

Sex is a Funny Word by Cory Silverberg and Fiona Smyth

What Makes a Baby by Cory Silverberg and Fiona Smyth

My body belongs to me by Jill Starishevsky and Angela Padron

Growing Up Inside and Out by Kira Vermond and Carl Chin

S.E.X.- The All-You-Need-to-Know Sexuality Guide to Get You Through Your Teens and Twenties by Heather Corrina

Does This Happen to Everyone? A Budding Adult’s Guide to Puberty by Jan von Holleben and Antje Helms

Girl: Love, Sex, Romance, and Being You by Karen Rayne, PhD

The Little Black Book for Girlz: a Book on Healthy Sexuality by St. Stephen’s Community House

What Does Consent Really Mean? by Pete Wallis, Joseph Wilkins, and Thalia Wallis

In 2015, the year I graduated with my Bachelor of Education, a new sex-ed curriculum was introduced. It is a heavily updated version, the result of a lengthy consultation process involving child development experts, educators, police, and thousands of parents. It provides health information for students that is scientific and unbiased. It is inclusive and consent based.

Some infuriating news is emerging from Ontario right now as Education Minister Lisa Thompson announced that the new Ford government has made good on campaign promises to set sex-ed back 20 years to a curriculum that is so far removed from the realities of 2018 as to be an absolute embarrassment.

HIT ME BABY ONE MORE TIME

Fellow Canadians, remember 1998? The year of our insane ice storm that encased cars in ice, devastated power lines, ripped trees from their roots, and formed icicles as tall as your house?

Yes, that’s when the former health curriculum was made- a time before wifi and camera phones. It was a time when cyber-bullying and sexting weren’t even on our radar, and neither were visible, meaningful discussions about consent.

I’ve seen protesters, opponents of the 2015 sex ed curriculum, holding posters saying “Say NO to irresponsible sex ed”. You know what was irresponsible? Using the 1998 curriculum for so long when it was so far behind the times.

I get it, talking about sex makes some people uncomfortable. Guess what folks, that’s WHY we need comprehensive and factual sex ed in our schools. Real sex-ed saves lives.

If you think it’s solely the responsibility of parents to discuss sex, do you trust that all OTHER parents are teaching THEIR kids about respect, consent, sexting, cyber-bullying, and sexual violence? If you read the news regularly, you know this isn’t the case, and kids suffer for it. Sometimes they die because of it.

Kids are going to learn about sex before they are adults, and not just from their schools or parents. Most grade 8 students have seen their fair share of hardcore pornography.  This is reality. Is this how we want our kids to learn about sex?

We need to acknowledge the importance of all kids receiving a proper health and sex education that will prepare them for the world.

TOO MUCH TOO SOON?

There are tons of myths floating around about the new curriculum that make it sound like some pretty “explicit” stuff will be taught to young elementary school kids, but it’s simply not true. For example, consent is examined at a young age as a concept (as in “you can say no if someone asks you do to something that makes you uncomfortable”) but it is not framed in the context of sex for that age group.

For that matter, don’t believe the myth that engaging critically and matter-of-factly about sex is going to make your kids want to start trying things with themselves or others (the opposite is true).

Kids are going to learn bits and pieces from all over the place- a solid sex ed curriculum in public schools ensures that they get accurate FACTS. Education is the best form of protection there is.

SO, WHAT IS IN THE CURRICULUM?

The 2015 curriculum is equipped for fostering safety and empowerment in students by introducing the following concepts at developmentally appropriate times from K-12:

For those who disagree with the updated curriculum, you have the option of pulling your kid from health classes if you like. That is your choice. Heck, you can even withdraw your kids from public school completely and homeschool them. Unfortunately, instead the “Progressive” Conservatives are regressing the curriculum for the entire student body.

Now teachers are left in the uncomfortable position of having to alter their plans toward a curriculum that is clearly not in the best interests of the students.

SO WHAT CAN WE DO?

Some teachers are firmly refusing to revert back to the old 1998 curriculum, and in doing so are taking a stand against this ignorant knee-jerk decision. One inspiring sexuality educator in Toronto, Nadine Thornhill, is creating a video project to ensure the 2015 curriculum is still accessible to anyone who wants to access it.

Just as some educators refused to address parts of the new curriculum when it was implemented in 2016, so too other educators will now surely elaborate on topics in the classroom as they see fit regardless of the current regression to the 1998 curriculum.

I hope that school and public libraries will also increase the visibility and accessibility of titles that address consent, comprehensive sexual education, gender identity, gender expression, LGBTQ+, and online safety.