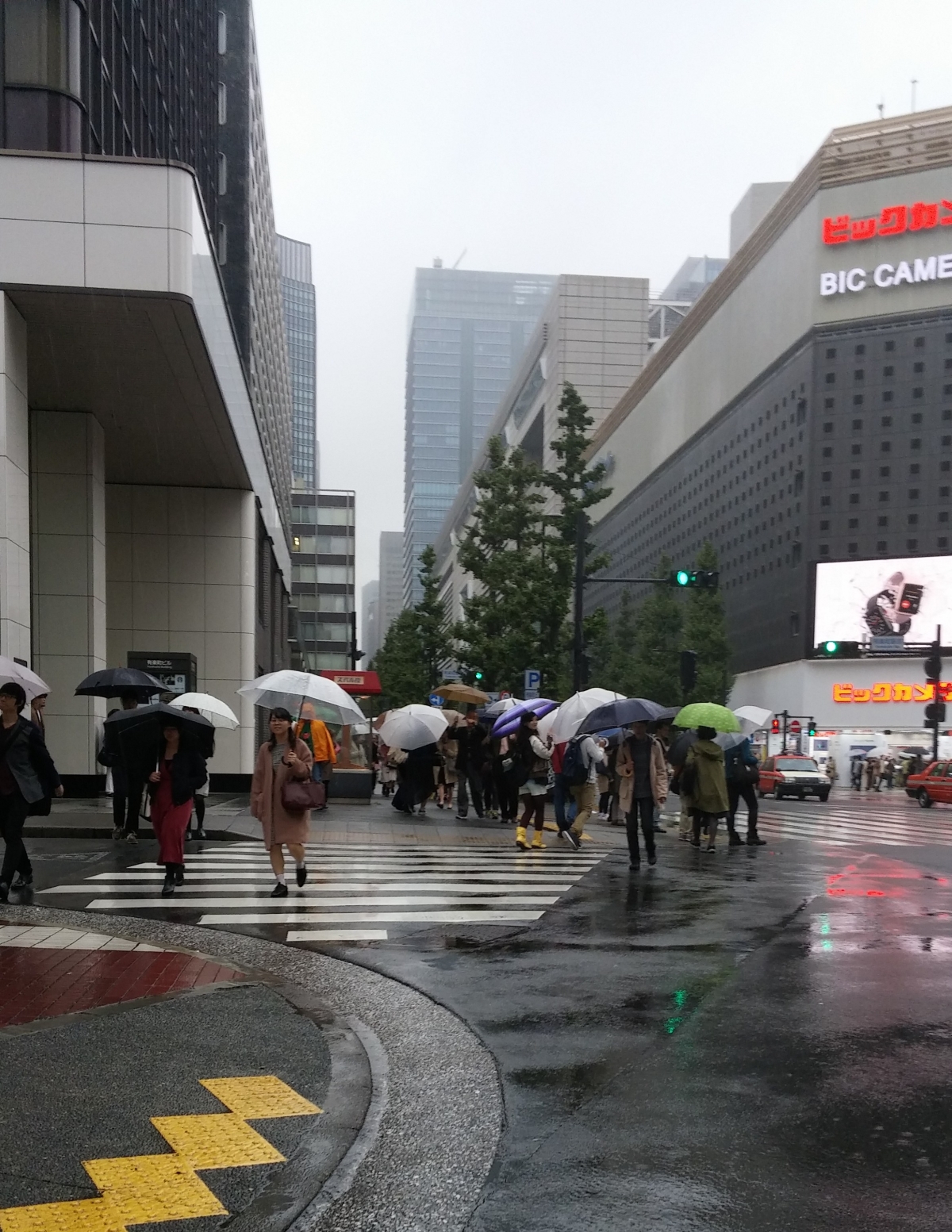 This is day 21 of revisiting my journal from our trip to Japan last year! If you’d like to start at the beginning, here is day 1.

Our last free day in Japan. I can’t say “it went by soooo fast!” because having 3 weeks here ensured that we had enough time to explore and enjoy our trip without it feeling too short. It feels like forever ago that we left from home and arrived at Narita airport, but still I have a hard time saying goodbye.

Today was an emotional day for me and I found I went to tears easily just thinking of leaving Japan and how this has been my dream wish trip for so long.

So, today Dusty and I revisited a few of our favourite spots together. After ham and eggs at the Sawanoya and a quick bath each, we went out into the rain again. 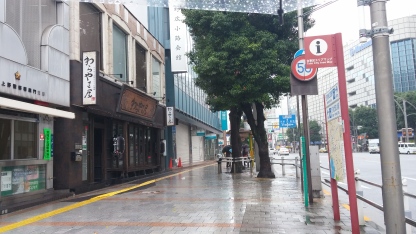 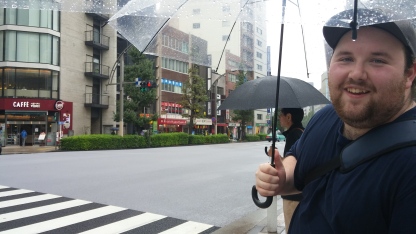 Together we revisited Akiba and played rhythm games and a Walking Dead crossbow-shooter at Akiba Taito Station. 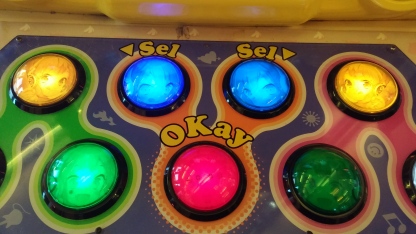 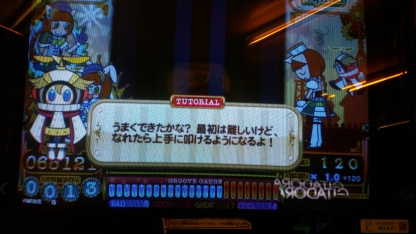 We returned to a few shops, including one of Dustin’s favourite finds,  Yodobashi Camera, which he’d been wanting to show me for a while. At Yodobashi I was looking for a simple handheld CD player so I could listen to my new drama cds and music cds on the plane ride home. While I was examining the different walkman models on display, the alarm went off- the security wire on one of the walkmans was loose. A security guard appeared INSTANTLY, seemingly out of nowhere. I didn’t know how to explain in Japanese that the alarm system wire triggered because it is loose, and that I wasn’t trying to steal the walkman! A staff member was understanding and fixed it right away, but I was impressed with the security at Yodobashi!

Dustin got me some Japanese PS Vita games (Diabolik Lovers, mainly) for my Christmas gift <3. After Akiba, I headed out to meet Hazuki for lunch- Dustin wasn’t feeling up to it (or… he’s also shy with meeting new people, I don’t know!) 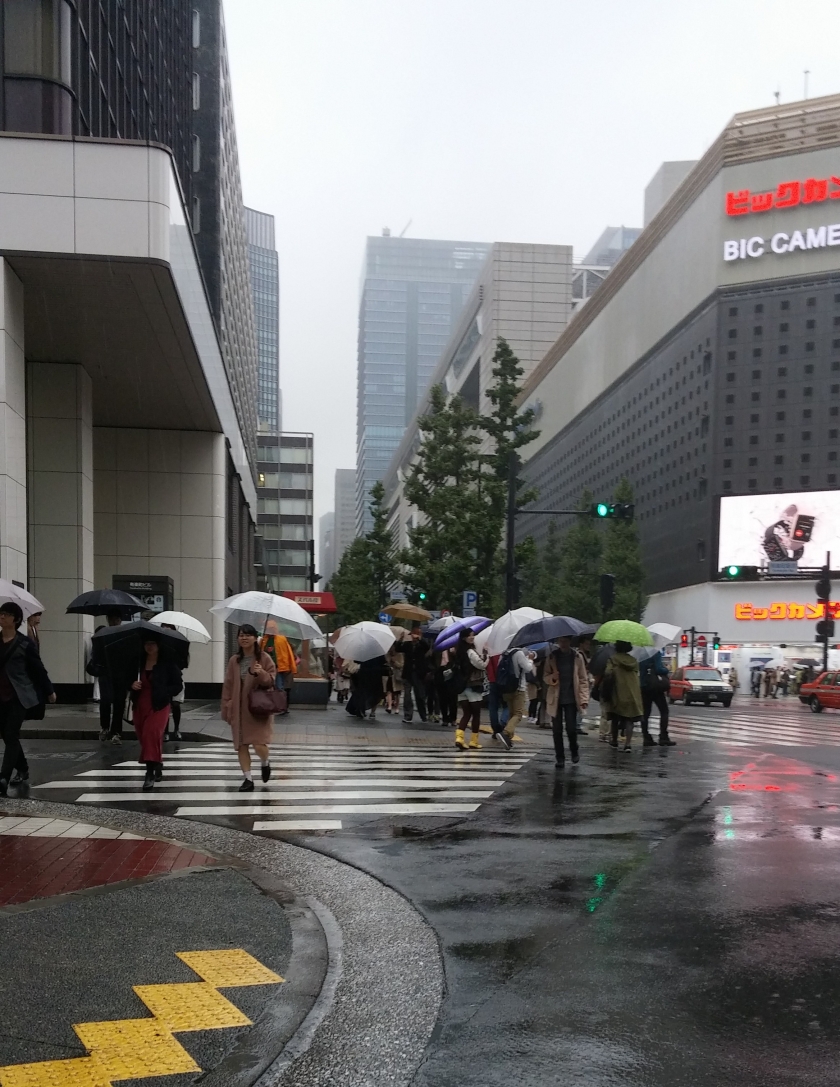 The metro was a bit confusing, so I was a little late ^-^’ but we went to a delicious resturaunt where we had sushi and sashimi (I can’t remember the name of the area at the moment…). I met Hazuki’s friends Tomo and Momo who were very kind and friendly and easy to talk to. We chatted and had a really great meal. 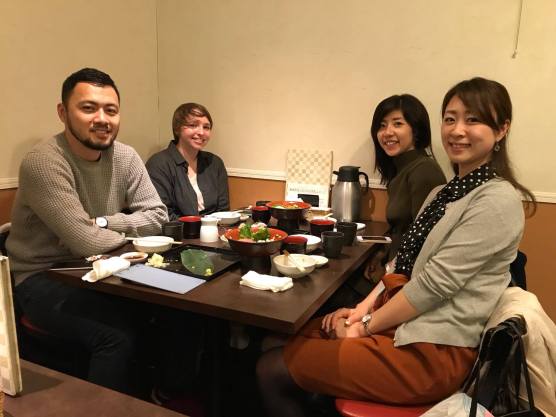 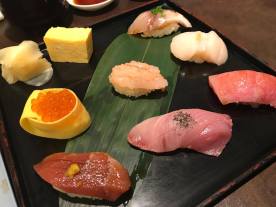 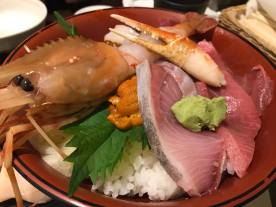 I gave them some maple candies from Canada and one of my tiny Northern Lights paintings- coincidentally we had talked about the Northern Lights during lunch, so they were interested in the painting! They helped me find my way back to the JR lines afterward.

I went back to Ikebukuro and visited Lashinbang and Animate one last time, picking out some more CDs for the plane ride home. I made the mistake of taking the stairs instead of the elevator all the way to the top of Animate. I ended up as sweaty and gross as our first day in Ikebukuro, and I felt bad for the people who had to stand in my armpits on the back train back to Ueno!

The night involved bathing, crying in the bath, packing, crying while packing, being very tired, and carefully applying eyes and mouths to my doll heads so I could spray them with Mr. Clear (“Matt” Spray) finisher in the morning (I don’t know if I can bring the aerosol can with me on the plane).

I stayed up too late and went to bed sometime after midnight. Who knows what time it was when I actually fell asleep…

Tomorrow is the final day: A Day of Sighing, Awkward Taxi Situation, and Last Fun at Narita. 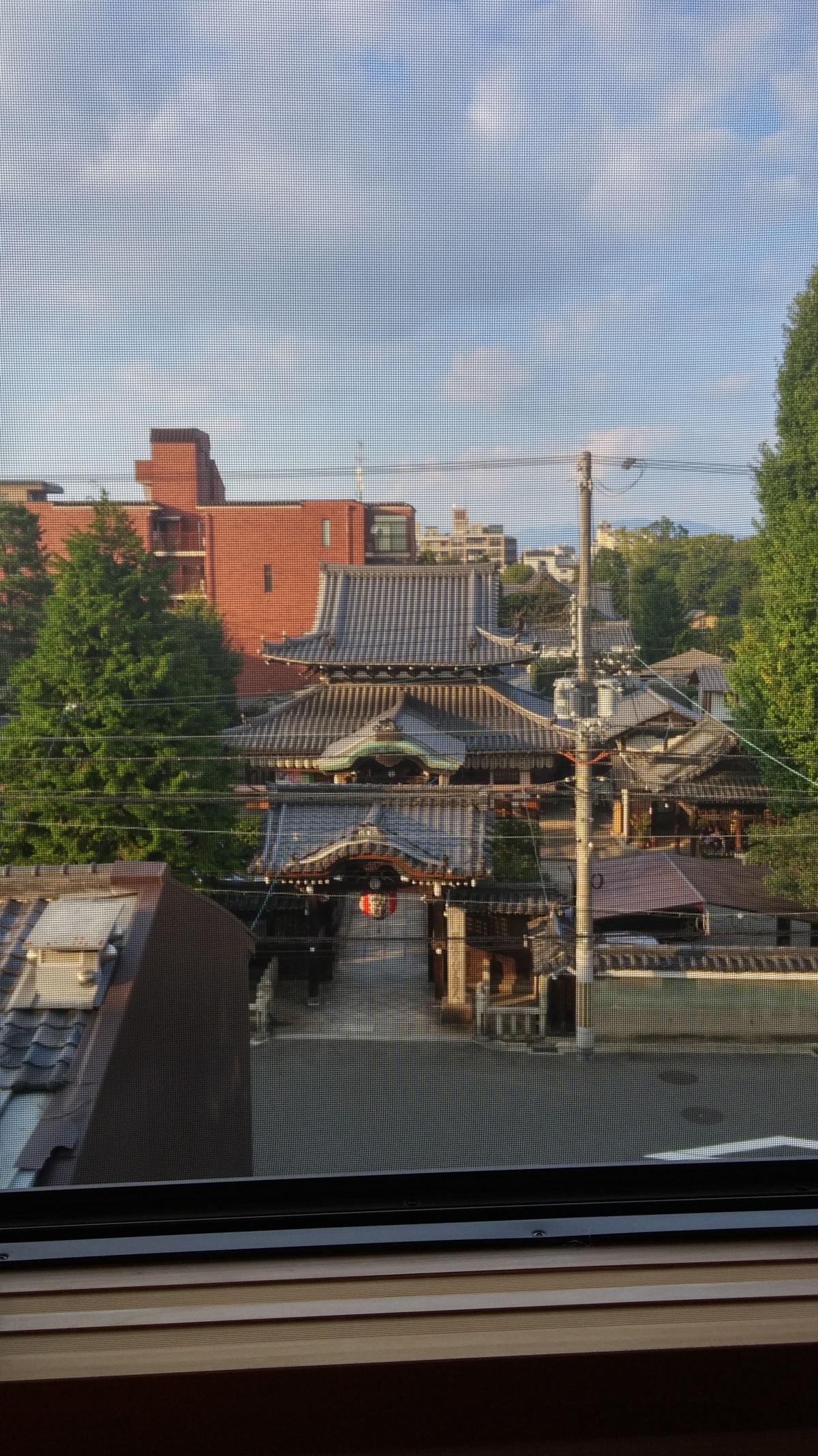 This is day 10 of revisiting my journal from our trip to Japan last year! If you’d like to start at the beginning, here is day 1.

This morning I got up at 6AM and went for one last dip in the rotenburo. I thought few people would be up so early, but there were quite a lot actually. When I returned I was locked out of our room for quite a few minutes, standing in the hallway in my yukata, tapping incessantly on the door. I thought Dustin had left for the onsen, or was deep asleep not hearing me, and I was getting more and more peeved (trying to knock loud enough that he would hear me but not so loud as to disturb other people sleeping)- it turns out he was having a nice leisurely shower, oblivious to my struggle T-T 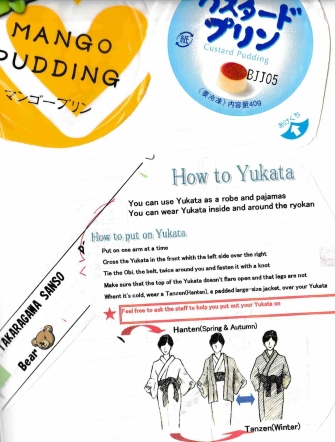 I got a few more pictures of gorgeous Takaragawa before we returned our key and checked out. I told the staff how beautiful I thought Takaragawa was, and they gave us a free keepsake DVD. We took a shuttle bus through the winding roads back to Jomo Kogen station.

Now we are enroute to Kyoto ❤ I was getting a bit hangry from hunger and being hot and tired lugging around our bags again, but now I’m fed, aboard a comfy shinkansen, and much more at ease. We got ekiben (train bento from the station) and these fancy sweet cakes from Tokyo Banana! 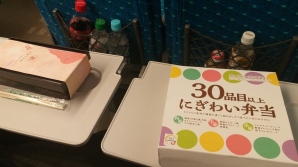 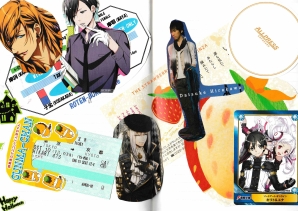 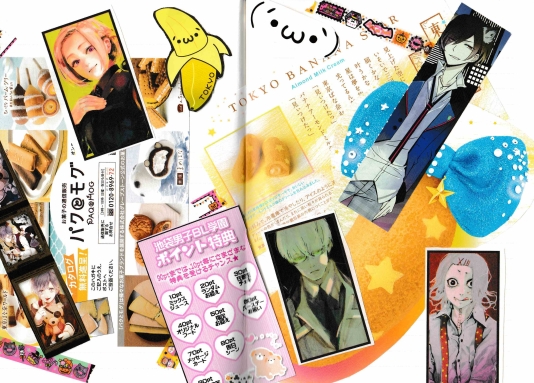 Shinkansen (bullet trains) are great. They rocket you to your destination, they are efficient and on time, the seats can be rotated to face the way the train is heading, and it fits more people than an airplane while being more spacious and comfortable. Even the bathrooms are nice!

When we reached Kyoto we took a taxi to what will be our home for the next 4 nights: M’s Inn Higashiyama. I had paid in advance for the entire duration at M’s Inn, and this was the booking that caused me the most anxiety… after I booked it I realized that it has a very modern check-in system where there are no staff during most hours- you use a tablet to check yourself in with an emailed code, and your inn room also has a code for entry! I was worried that if we encountered an issue with codes or language barriers there would be no staff to help, but everything went smoothly!

M’s Inn has a deceptively small, simple, traditional looking exterior, but inside it is a spacious new building with many rooms and modern art by Junko Funada throughout. Our room is a blend of modern and traditional, with bed or futon option, a tatami & shogi screen area, a washer and dryer in one, little kitchen, toilet & sink room, and a shower/bath room. This place was a bit on the expensive side, but we feel it was worth it. Dustin is smitten with this little place. 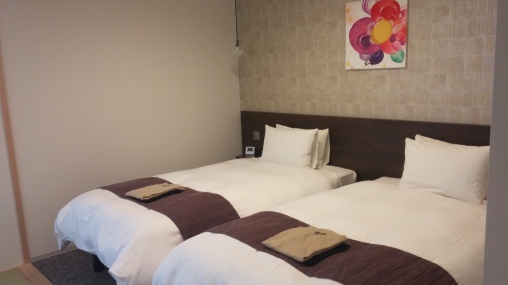 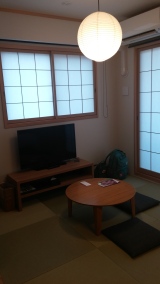 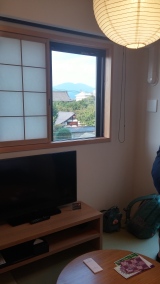 Out one window we have a view of a tiny rooftop garden belonging to a neighbor. Out the other we have a view of a street where you can see many pedestrians coming and going, as well as a beautiful shrine! We spotted a woman posing for pictures in a lovely pink Kimono. 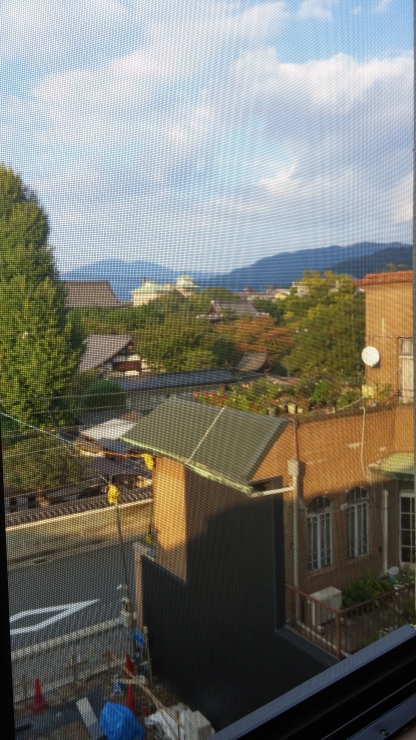 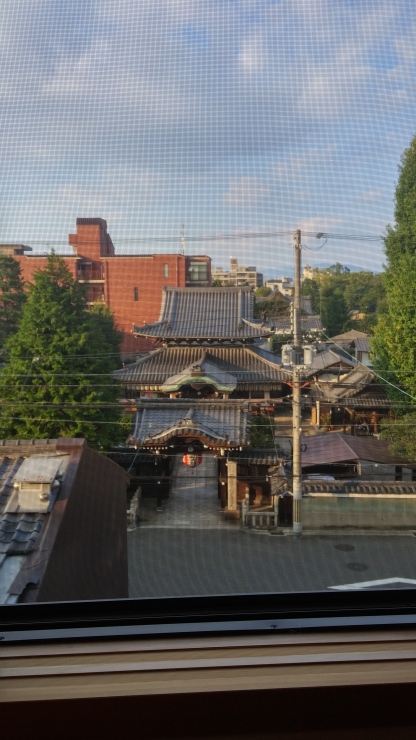