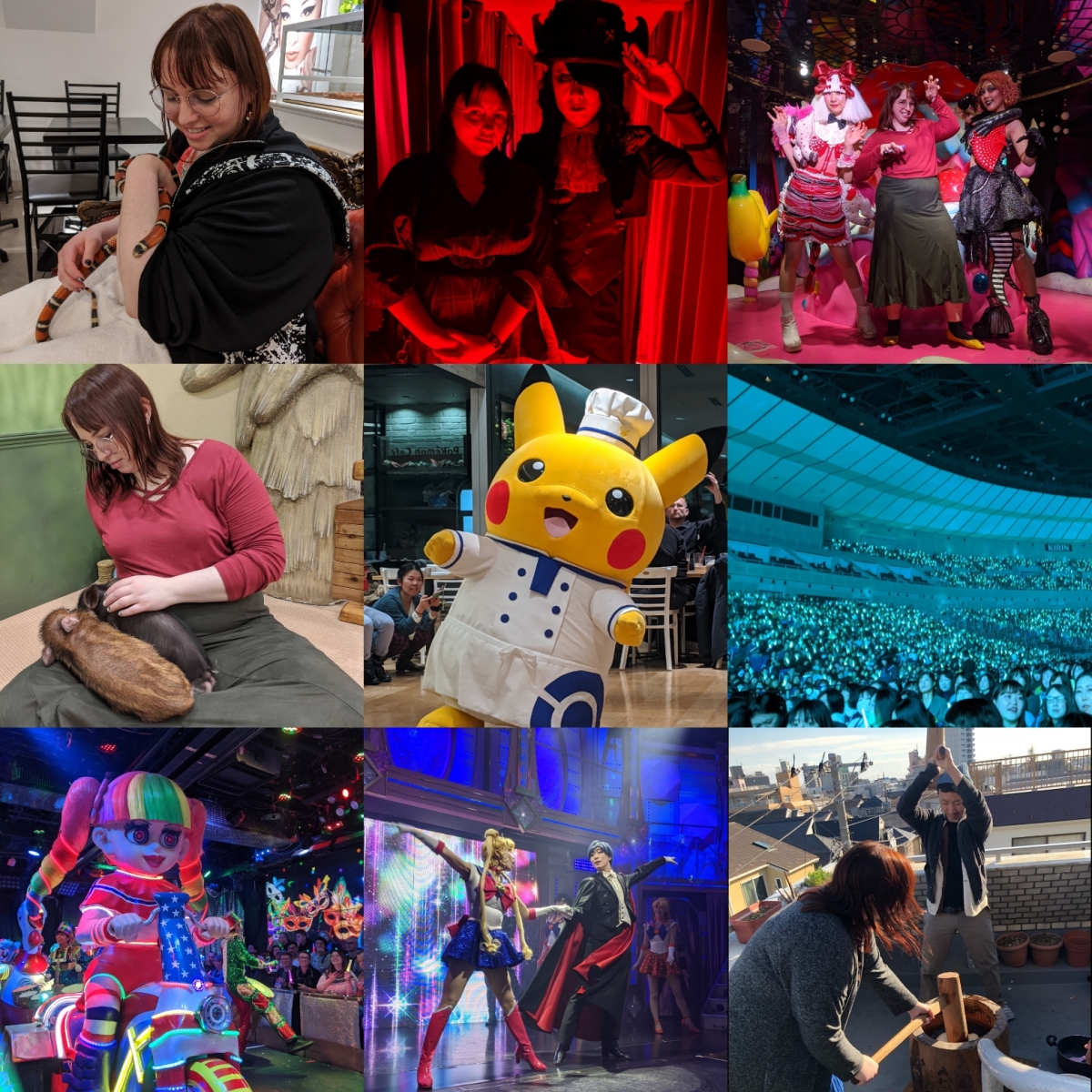 A few weeks ago I compiled some of my video clips from our last trip to Japan (December 2019) into a 30 minute video. It’s a chronological mashup of many of the sights and sounds that we experienced on our trip, which took place mainly in Tokyo this time.

And even after my second trip to Japan, I am again dreaming of my return. Someday! ❤

If you’d like to see the videos from our last trip to Japan (2017) in which we traveled more broadly, check out this post.

Thanks for stopping by!

A month ago Dustin and I began our trip in Tokyo! So, as with our last trip, I’ve decided to copy out each day of my travel journal into my blog. Each day for the next 18 days I will share a post of what we did in Tokyo a month prior.

Merry Christmas Eve in Tokyo! We slept in a bit today zzzZZZzzzZZZ At around 11 we set out for Shinjuku, where we went looking for clothes that might fit us. I went to Eur3 and Dusty to Suzutan. I found a couple of really cute things that fit me ❤

Then, we ducked into a random conveyor sushi place, where we had a cheap & quick lunch.

At 4pm we entered the Robot Resturaunt for the show I had pre-booked. Despite being a huge tourist-trap, I think it really surpassed both our expectations!

It’s called “Robot Resturaunt”, but you really go for the show, not the food. First we watched a “preshow”, which featured around a dozen acts and was about an hour of robots playing music (well, musicians in cool chrome Daft Punk-esque robo suits), an intense singer man in sunglasses, and dozens of girls in various costumes doing many different dances, from pop to rock, techno, modern, burlesque… the “preshow” was an impressive show of its own.

For the main show, we were directed to the basement level. The stairways are absolutely tricked out from top to bottom with crystals, paint, giant lizards, flashing lights, gold, silver, and every kind of bling. Definitely the most “extra” place I’ve ever been. Before the show started, I bought an (overpriced) flashing lightbulb drink (lemon flavored).

Act 2 was a Christmas special featuring a strange storyline- well, the story isn’t so strange, but the 3 main characters are an island girl, a hyena woman, and a pirate, and their paths cross without much explanation… OH WELL, visually it was stunning, regardless. Christmas trains, lights, a giant inflatable Rudolph, handsome hyena men, lots of dancing, and tons of music stolen from various franchises! XD We heard music from:

The last act started with a sort of ode to the nations of the world, with Michael Jackson’s face dominating the panoramic screen (We Are the World playing) and costumes and props bearing flags from various countries. Then, it turned into a hodgepodge of random robots- a collossal duck that blinks and chomps? Why not? A freakish rainbow doll riding a bike? Sure!

We (everyone in the audience) were given lightsticks for the final act, and waved them around without direction, using reckless abandon. Performers handed and/or threw marshmallow candies to the audience- I got one! Thanks, Shark Boy!

It was a really fun show.

We stopped at the supermarket at Higashi Ikebukuro for some drinks, pudding, and chicken (Christmas Eve in Tokyo requires chicken!) and exchanged our presents to eachother back at the hotel room. Dustin got me some adorable and subtle Pikachu earings from the Pokemon centre! ❤